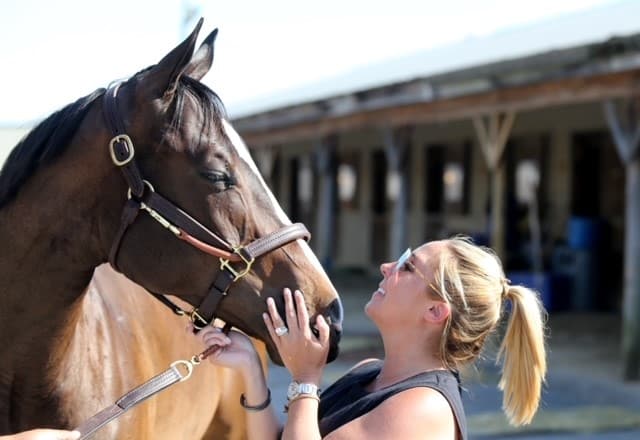 Amanda is the Co-Founder and Managing Partner of Nine Thirty Racing. Amanda’s love of Thoroughbreds and Thoroughbred racing began in childhood with frequent visits to Arlington Park with her grandparents. She began investing in racing partnerships in 2012 with a partial ownership interest in her first racehorse, and in 2014 she began her partnership management career. Over the past seven years, Amanda has owned and managed interests in several racing and breeding partnerships. Her greatest success came in March of 2018 when Chocolate Martini, the filly she and her partners in Double Doors Racing had claimed for $25,000, won the G2 Fairgrounds Oaks and finished a respectable fifth in the G1 Kentucky Oaks. Since Chocolate Martini’s “claim to fame” story, Nine Thirty Racing has grown to over 40 members and most importantly, has created a countless number of new Thoroughbred and racing fans, something Amanda is very passionate about.