Neil Agate, Buck Davidson, and Jodie Vella-Gregory Elected to RRP Board of Directors 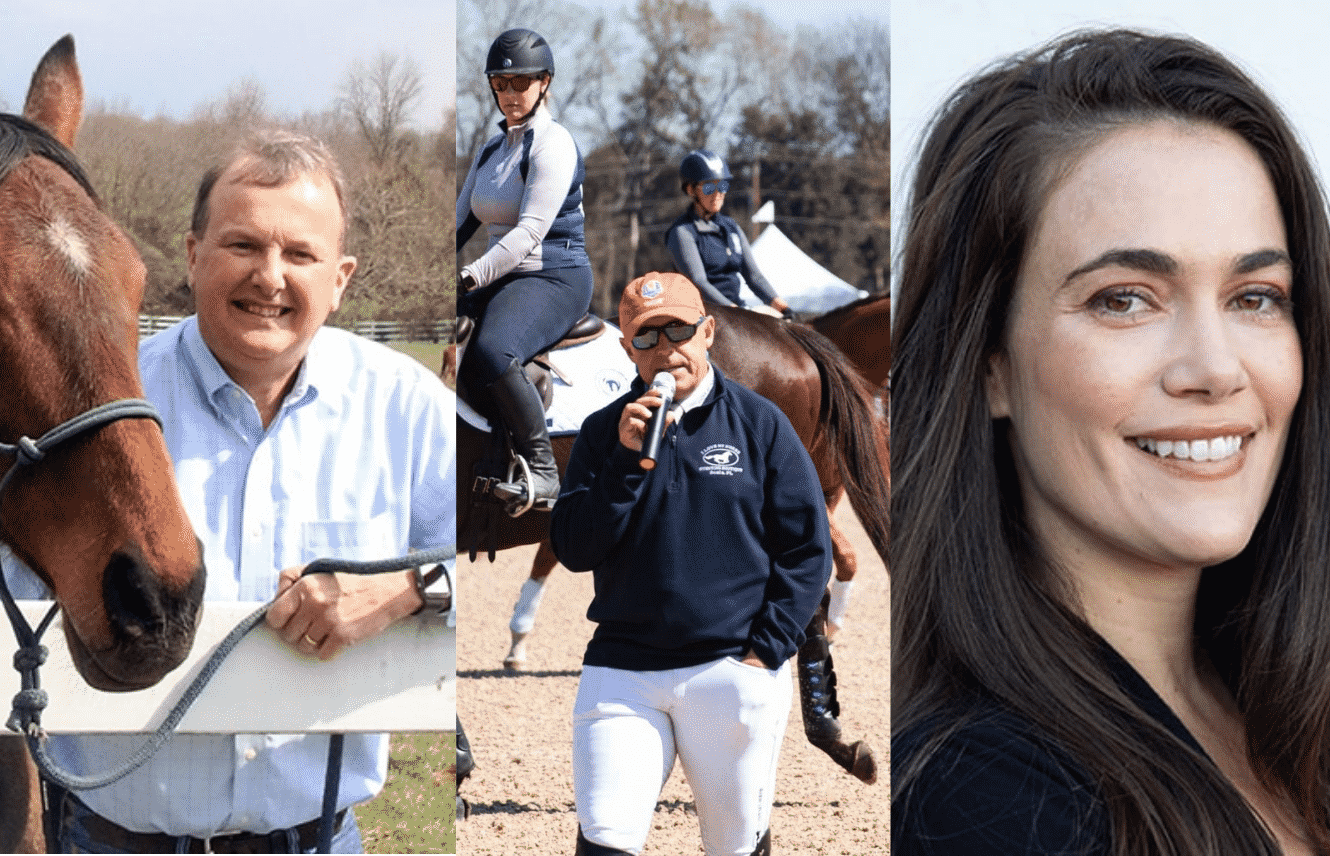 The Retired Racehorse Project (RRP) is pleased to announce the election of three new members to the board of directors: Neil Agate, Buck Davidson, and Jodie Vella-Gregory. Each has agreed to serve for a three-year term and is eligible to serve up to two terms concurrently. They replace board members Christy Clagett, Rosie Napravnik and Steuart Pittman, whose terms have expired.

Neil Agate is the founder of Four Gates, LLC, a business and technology services firm; he also serves as the President of the Maryland Horse Council and guided the organization through two major initiatives: the acquisition and management of the Equiery publication, and the formation of a safety net program for horses and owners called Maryland Equine Transition Service (METS). Neil is an avid polo player, and in 2015 was the top amateur in the Thoroughbred Makeover’s polo discipline.

Buck Davidson is an international event rider and coach, having competed at the highest level all over the world and ranked in the top 10 eventing riders globally (he was ranked #1 in 2012). He has coached numerous riders to the Olympic Games and the 5* level. Buck has enjoyed success a the top levels with numerous Thoroughbreds, including one of his current mounts Jak My Style. He is the co-presenter of the RRP’s annual charity golf event in Ocala, Florida and served as a clinician in an RRP Master Class.

Jodie Vella-Gregory currently works in the Office of Innovation for 1/ST Racing (formerly The Stronach Group), working in member services and hospitality, marketing, new business, community relations, and more. Previously, she worked for Breeders’ Cup Limited and still contracts with them to assist in the annual event. Jodie has been instrumental in helping to expand the RRP’s reach to the West Coast, which in a non-pandemic year would have included several Master Class events. She grew up riding off-track Thoroughbreds in eventing.

The RRP board also voted to extend the title of board member emeritus to Steuart Pittman, the organization’s founder, past executive director and past board chair. Pittman, who stepped down from the executive director role within the organization in 2018 to run for political office in Anne Arundel County in Maryland, where he is currently serving his first term as County Executive. As a lifelong equestrian and skilled community organizer, Pittman created the Retired Racehorse Project in response to the growing need to reinvigorate the demand for Thoroughbreds after racing in equestrian sports.  Over the past decade, Pittman has served in a variety of roles with distinction for the Retired Racehorse Project and his wealth of knowledge and experience will remain valuable to the organization.

“We’re thrilled to welcome Neil Agate, Buck Davidson, and Jodie Vella-Gregory to the RRP Board,” says board chair Carolyn Karlson. “They each bring a unique background and professional experience in various parts of the racing and equestrian industries to the table, which positions the RRP to continue to meet the challenges facing Thoroughbred aftercare. I’m equally pleased to retain Steuart Pittman’s involvement for the RRP’s next chapter.”