Gastric ulcers are a major concern for both racehorses and off-track Thoroughbreds. 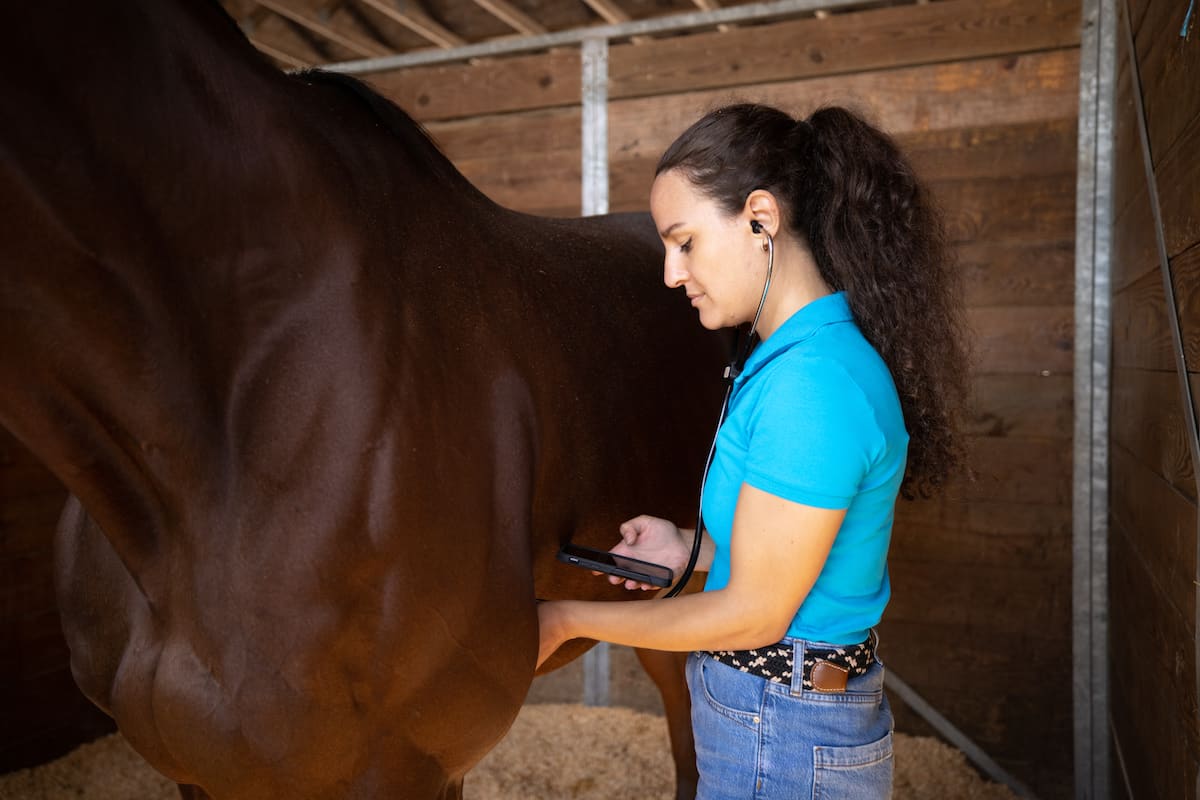 The primary risk factors leading to gastric ulceration in race horses include intense exercise, eating large amounts of grain, eating on an irregular schedule, stall confinement, administration of drugs such as non-steroidal-anti-inflammatory drugs (NSAIDs), exposure to pathogenic bacteria and viruses and increased emotional and physical stress.

Racehorses that do not have constant access to food are particularly susceptible to gastric ulcers. Horses are designed to be constant grazers and have a small amount of food flowing through their stomach on a consistent basis. When a horse does not have access to food the stomach pretty much empties in approximately one hour. Unfortunately for the horse, especially high performance horses like racehorses, acid production and secretion does not stop just because the stomach is empty. An empty stomach exposed to acid secretion on a day in and day out basis is an ulcer just looking for a place to happen.

Epidemiological studies have demonstrated that horses kept in stalls for prolonged periods of time are more susceptible to all kinds of gastro-intestinal disorders such as colic, gastric ulcers and intestinal inflammation. In addition to being designed to be constant grazers, horses are designed to move about freely and regularly. Free exercise enhances digestion whilst intense exercise or lack of adequate exercise interferes with normal function of the digestive system.

It is well known that NSAIDs increase gastric ulceration in people as well as horses. Many racehorses receive phenylbutazone or banamine on a regular basis. The ability of NSAIDs to produce gastric ulcers in individual horses varies. Some horses are very susceptible to gastric ulcers when given phenylbutazone for example, while the horse in the stall right next door may be able to tolerate much greater doses and more frequent doses with no apparent ill effects. Since we really cannot tell what an individual horse’s tolerance level to certain NSAIDs is, it is a good practice to use these drugs only on an as needed basis and as conservatively as possible to obtain the desired therapeutic effect.

Racehorses are subjected to various emotional stress factors while in training and actively racing; horses are not that unlike people in this regard. Some horses will display emotional stress outwardly by becoming very reactive while others appear stoic and tend to internalize their emotions, the remainder just seem to go with the flow and take everything in stride. Horses that internalize their stress are just as susceptible, if not more so, to developing gastric ulcers as individuals who are more expressive and tend to become hyper-reactive.

Racing is physically demanding and comes with its fair share of aches and pains as is the case with any athletic endeavor, human or equine. Physical stress (pain) increases the chances of horses developing gastric ulcers. In these cases, successful treatment of gastric ulcers will include alleviating physical pain as well.

How to know if your OTTB has gastric ulcers

If you are working with an off track Thoroughbred that has been recently retired from racing you are safe to assume that your horses has gastric ulcers to one degree or another. The only sure way to diagnose gastric ulcers is gastroscopy. However, observing and taking note of certain behaviors consistent with gastric ulcers in horses is extremely useful as well. Sometimes, treating the horse with omeprazole and noting improvements in attitude, appetite and/or condition can be considered a positive diagnosis for gastric ulcers in an individual horse.

Horses with gastric ulcers may present with one or more of the following symptoms: poor appetite, display of colic symptoms during or shortly after eating a grain meal, poor hair coat quality, low body condition score, loose manure, off smell to manure, bad breath, snarky attitude, over-reaction to normal stimuli, resistant to being groomed, non-compliance under saddle. Obviously these symptoms are not unique to gastric ulcers, but gastric ulcers should be considered if more than one of these symptoms is presented concurrently.

Treatment and prevention of gastric ulcers

Medical intervention is required to heal gastric ulcers and should be done under a veterinarian’s supervision. Nutritional management can be used as an accessory to medical treatment and to prevent gastric ulcers from recurring.

The first and most basic nutritional management approach to cure and prevent gastric ulcers in horses is to let a horse be a horse. Access to green grass and free exercise with no or minimal intake of starches and sugars is the best nutritional treatment for gastric ulcers. However, care should be taken that a racehorse recently retired from the race track that has not had access to green grass not be given free access to grazing green grass too soon or too quickly – this amounts to a major dietary change and the horse needs to be adjusted to it in the same manner any significant change in diet is managed.

Access to high quality pasture and turnout can go a long way into alleviating ulcers. Free access to good quality hay is very important for normal digestive function and weight management. Research has demonstrated that alfalfa hay provides a buffering effect for the stomach and goes a long way towards helping gastric ulcers heal and preventing them from recurring.

Other dietary ingredients that have demonstrated effectiveness as accessory treatments to healing and preventing gastric ulcers in horses include vegetable oils and fish oils, probiotics, mineral buffers like calcium and magnesium, pectin, lecithin. This is not a complete list of beneficial ingredients but certainly gives you a place to start without wondering if they are for real or just hype. 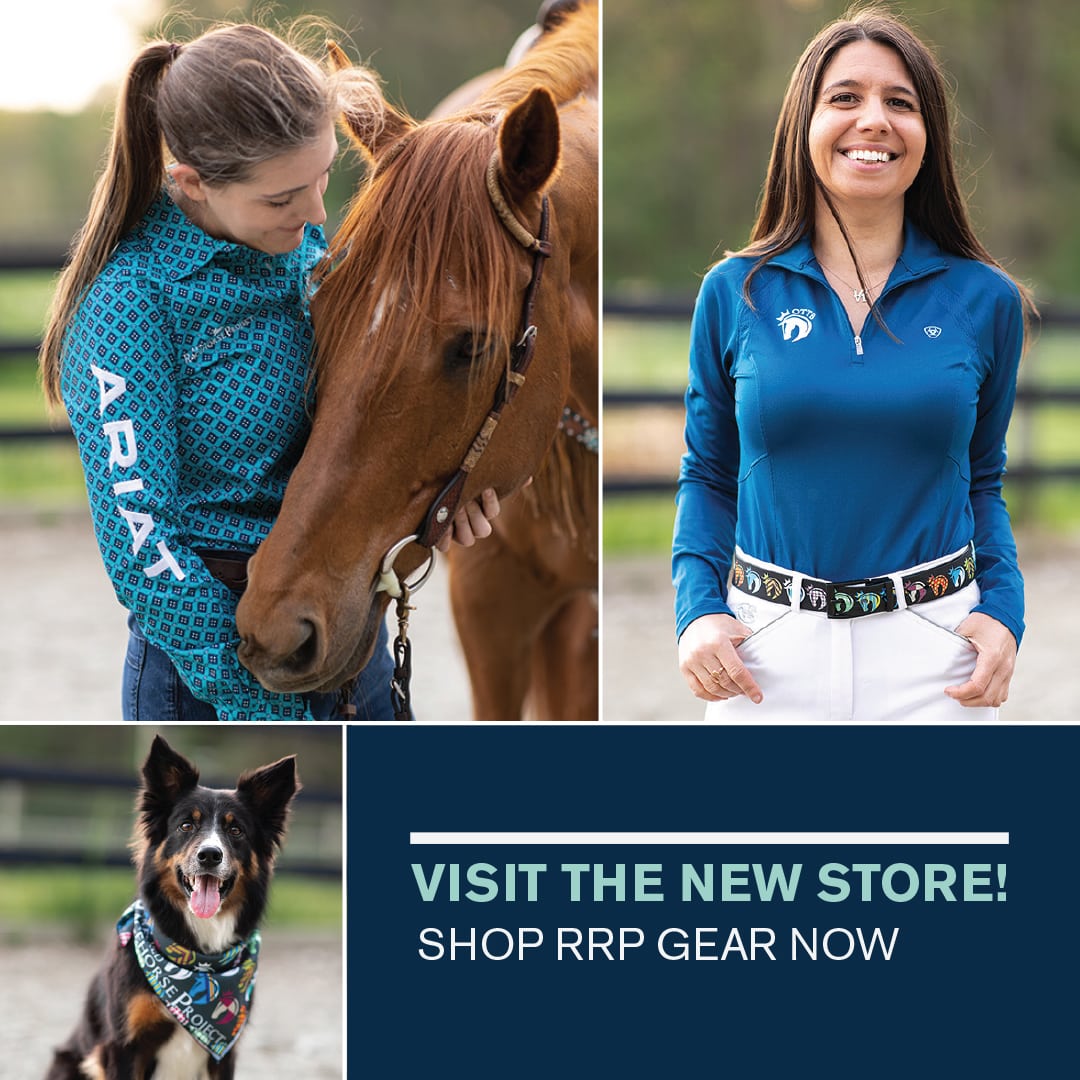