Final Day of Preliminary Competition Wraps at the Thoroughbred Makeover 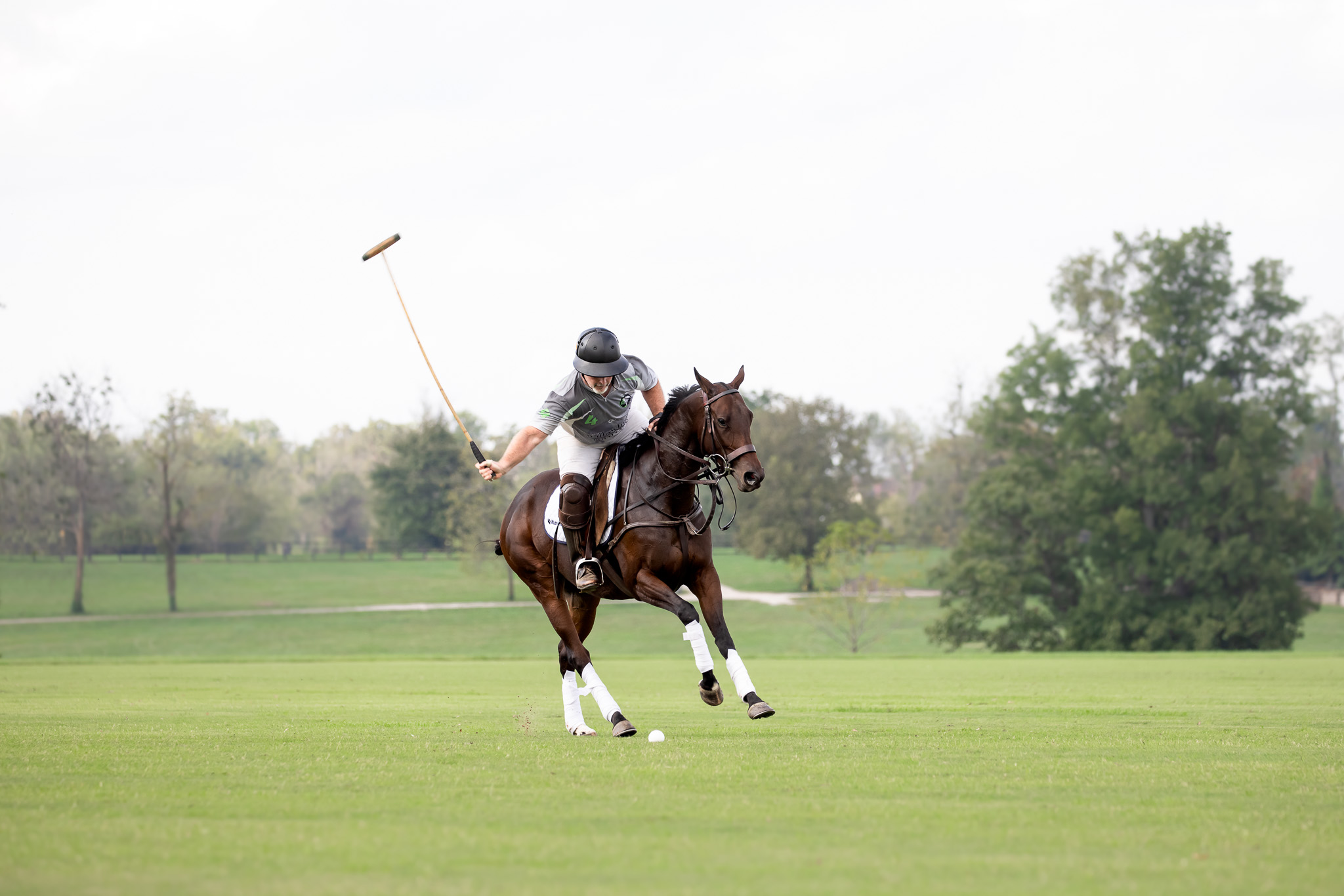 All ten Makeover disciplines have now set their Finale fields: the five top-scoring horses in each discipline will return for one more test in their respective competition years to determine final placings. The winner of each discipline will then be eligible to be named Thoroughbred Makeover Champion, sponsored by Churchill Downs, by a panel of all Makeover judges.

View preliminary round standings and see the Finale fields here. Learn more about the discipline leaders from today’s competition:

Thunderous Affair (Liaison – Thunder Fan, by Thunder Gulch) is a 2017 16.2 hand gray/roan mare bred in Kentucky by Jim Williams. She never made a start, but did train to race, and last worked in September of 2019. CANTER Michigan aided in her transition.

Lindsey Partridge is a professional based in Pontypool, Ontario.

Abbey Blair is a professional from London, Kentucky.

Dispatcher (Distorted Humor – Charity Belle, by Empire Maker) is a 2015 16.3 hand chestnut gelding, bred in Kentucky by Godolphin. He made four starts with one win, retiring with $13,145 in earnings. His last start was in June of 2019 at Belmont Park.

Stephanie Calendrillo is a professional from Georgetown, Kentucky.

Kubo Cat (D’Wildcat – Golden Diva, by Gold Fever) is a 2016 16.0 hand chestnut gelding, bred in Louisiana by Carrol Castille. He made 16 starts, but never broke his maiden, retiring with $24,895 after his last start in December of 2019 at Delta Downs.

Alison O’Dwyer is a professional based in Severn, Maryland.

Legend’s Hope (Not For Love – Lunar’s Legend, by Polish Numbers) is a 2013 17.1 hand chestnut gelding who is a three-time contender in the Maryland Million Classic. He made 45 starts with four wins, earning $156,388 in his career. His last race was in November of 2019, retiring from Laurel Park.

Jazz Napravnik is a professional from Monkton, Maryland.

Fleet Stepper (Midshipman – Raven’s Rockette, by Raven’s Pass) is a 2017 16.2 hand bay mare  who made three career starts but never broke her maiden, retiring after her last start in August of 2020. She’s a Kentucky-bred by 81 Gotham LLC.

Hillary Irwin is a professional based in Ocala, Florida.

Cameron Sadler is an amateur from Southern Pines, North Carolina.

Forthegreatergood (Scipion – No Peeking, by Langfuhr) earned $46,734 in his 22-race career, most recently running at Laurel Park in June of 2020. He raced his entire career for his Maryland-based breeder/owner/trainer Donna B. Lockard. Forthegreatergood is a 2015 16.1 hand gray/roan gelding, bred by Donna Verrilli.

Laura Sloan is a professional from Southern Pines, North Carolina.

Thunderous Affair (Liaison – Thunder Fan, by Thunder Gulch) is a 2017 16.2 hand gray/roan mare bred in Kentucky by Jim Williams. She never made a start, but did train to race, and last worked in September of 2019. CANTER Michigan aided in her transition.

Lindsey Partridge is a professional based in Pontypool, Ontario.

Papa Al (Papa Clem – Morell’s Love, by Cutlass Reality) is a 2012 16.1 hand bay gelding bred in California by Salah Said Al-Mudarris. He made 36 starts with three wins for total career earnings of $26,831. His last start was in September of 2019 at Assiniboia.

Jody Busch is a professional from Saskatoon, Saskatchewan.

That’s My Bertie (Baptistry – Fat Cat Bertie, by Tactical Cat) is a 2017 15.0 hand dark bay/brown mare bred in Ohio by Carol Rettele. She made two lifetime starts and never git the board, retiring with $599 in earnings. Her last race was November of 2019 at Mahoning Valley Race Course.

Willowbrook Polo team is captained by Michael Groubert and based in Canfield, Ohio.

Ramses (Pioneerof the Nile – Dancing House, by Tapit) was bred in Kentucky by Godolphin. The 2018 15.0 hand bay gelding made just two career starts for owner/breeder, failing to hit the board and retiring with $248 in career earnings. His last race was in December of 2020 at Tampa Bay.

Benjamin Lynch is an amateur from Fallston, Maryland.

Still Dreaming (Flatter – Seeking Gabrielle, by Forestry) is a 2016 16.2 hand chestnut gelding bred in Kentucky by Hinkle Farms. He was a $460,000 yearling purchase at Keeneland September in 2017, and went on to make seven starts with two wins. He made two graded stakes starts but failed to place in either. He retired with $63,140 in earnings after his last race, the 2019 Easy Goer Stakes at Belmont Park.

Ironic (Five Iron – Only, by Salt Lake) is a 2017 16.2 hand gray/roan gelding bred in Arkansas by Starfish Stable, LLC. He made six starts but never hit the board, retiring with $859 in earnings after his last start in September of 2020 at Louisiana Downs.

Lara Van Der Heiden is an amateur from Carlisle, Kentucky.

Samantha Fawcett is a professional from Alton, Ontario.

Highest Rank (Courageous Cat – Hipshootinmomma, by Successful Appeal) is a 2016 16.1 hand bay gelding bred in New York by John T. Behrendt. He made 23 career starts, but never broke his maiden; he retired with $16,893 in career starts after his final race in October of 2020 at Finger Lakes.

Kamerra Brown Allen is a professional from Fulton, Missouri.

Makeover entrants’ times counted towards their overall standings in the Barrel Racing discipline, and those who opted to enter the championships rolled their times to those standings.

Layne Shaffer, a professional from Thomasville, Pennsylvania with her Floo Powder (Exchange Rate – LA Wildcat, by Forest Wildcat) won the 1D average, coming in with the second fastest time each night. Bred by Shaffer’s employer Arrowwood Farm, Floor Powder is a 2011 Pennsylvania-bred gelding who made five starts but never won, earning $8,109.

“It was a really long road, and I had him for three years before I started running him. This really means a lot,” said Shaffer. “It means a lot for me, it means a lot for the farm, because we’ll be able to show what these guys can do. It’s really cool to have a Barrel Racing Championships. There are still people who think they can’t barrel race and be successful, and that’s not the case. The whole atmosphere of this show is a whole other level!”

Monba Number Five (Monba – Nice Dilemma, by Silver Deputy) is a 2013 16.2 hand gray/roan mare bred in Pennsylvania by MD Thoroughbreds. She made 39 career starts, including six wins, for total earnings of $51,285. Her last race was in February of this year at Mahoning Valley Race Course.

Tessa Elton is a professional from Perkiomenville, Pennsylvania.